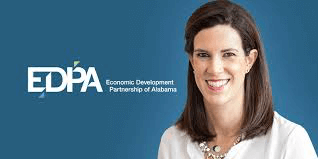 The Economic Development Partnership of Alabama (EDPA) on Monday announced that Miller Girvin has been named as the organization’s executive vice president of Innovation and Entrepreneurship, effective January 2021.

Girvin comes to EDPA from her role as CEO at the Alabama Capital Network (ACN). Along with ACN’s five founders, she started the network in 2017 as a community engagement group to support the Yellowhammer State’s startup ecosystem. In that role, Girvin led ACN efforts to connect startups to capital networks, mentoring from successful entrepreneurs and access to prospective customers.

A leader in collaborative efforts to promote innovation in the state and provide valuable assistance to Alabama’s entrepreneurial and startup community, Girvin earlier this year was named by Governor Kay Ivey (R-AL) as one of 15 members of the newfound Alabama Innovation Commission.

To read the full story go to yellowhammer news/edpa