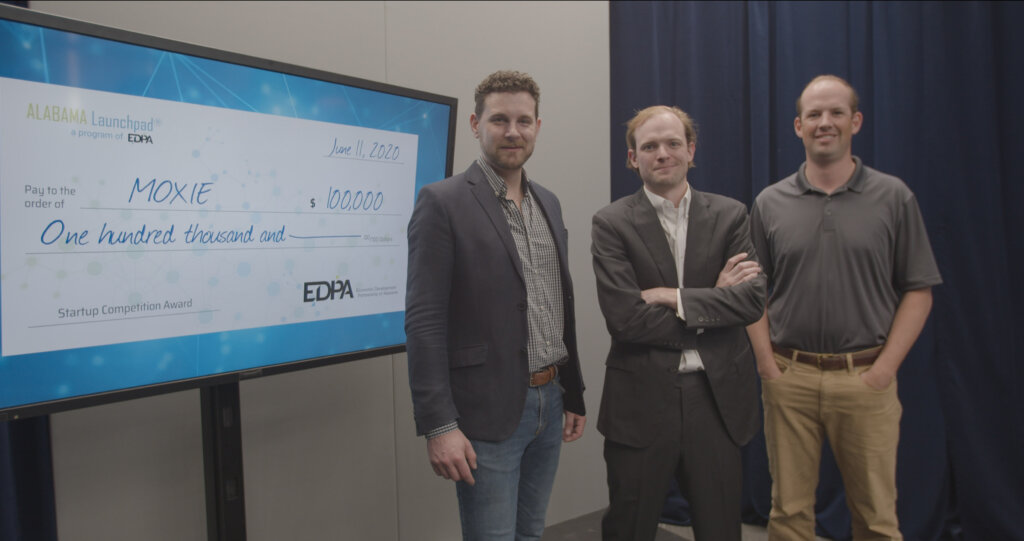 MOXIE, a startup that produces end-to-end Internet of Things (IoT) solutions for industrial companies, earned the $100,000 award in the seed stage. Led by CEO Ross Wesson, Moxie plans to use the funding to recruit expertise needed to fill roles critical to the company’s continued growth.

Field Culture Compost, founded by Matt Nesbitt and Alex Thompson, is poised to become Alabama’s first commercial compost producer, thus reducing the waste that goes into landfills. The startup came away with the $50,000 concept stage award.

“Though we greatly missed our planned live event in Mobile, we were thrilled to showcase these Alabama entrepreneurs with viewers around the state,” said EDPA Innovation Consultant Dennis Leonard.  “These are two startups with high-growth potential who also offer innovative solutions in their respective sectors,” “During this challenging economic period, it’s now more important than ever to support dynamic startups who can grow and create jobs in Alabama.”

The panel of four judges for Alabama Launchpad Cycle 2 covered a range of experience, from corporate to startup, and offered valuable feedback and advice throughout the pitch competition. These judges were: Shella Sylla, founder and President of SisterGolf; Hobie King, Validation Manager in Model Risk Management and Validation at Regions Bank; Ryan Robinett, former VP at CTS/CGI and founder of Multiply, and John Strada, the Senior Data Analyst for the City of Mobile’s Innovation Team.

Now in its 14th year of providing non-dilutive funding for startups throughout Alabama, Alabama Launchpad has now awarded $5.7 million in nondilutive funding to 94 startups, has generated over 700 jobs, with a combined post-money valuation of more than $325 million.