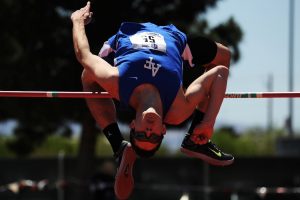 Are you honest about your start up’s prospects?

The goal of Alabama Launchpad is to help entrepreneurs create high growth companies in Alabama. This is really important. Too often we’ve found, people are enamored with the idea of being an entrepreneur, but have lost sight of the fact that they are working on an idea that just isn’t going anywhere.

Alabama Launchpad is meant to be a wake up call. Sometimes you need someone else to tell you that despite all the work you’re putting in, your idea or early stage company isn’t going anywhere. I’m all for sweating today for gold tomorrow, but I want to be smart about it. If a bunch of smart folks say there isn’t any gold where I’m digging, I’d rather know now. That way I can quit and do something else (this is the long way of saying “pivot”).

Therefore, we’ve spent a lot of time working on the Alabama Launchpad process to encourage judges to identify companies and concepts that – in their opinion – aren’t going to make it and to let those companies and entrepreneurs know.

What do we mean by “make it”? Well, in our estimation, all advancing companies must at a minimum achieve the following within 5 years (for seed) or 7 years (concept):

Now keep in mind, these are table stakes. This means that if you’re idea isn’t going to ever make it here, you won’t advance. Period. This might seem harsh, but why not? I mean, if you were starting a business and not setting out to hit numbers like these, why start the business in the first place? It’s just not worth the sweat and time (and lack of salary) you’re putting in. The trouble is you’re the founder of this business, so you’ve got the rosiest of rose-colored glasses. Wouldn’t you rather someone told you that you weren’t going to make it? Your mom won’t tell you, even if she is letting you sleep in the basement for free.

Well, ultimately that’s what Alabama Launchpad is designed to do. And while you may disagree with the judges opinions, we have spent a fair bit of time getting smart judges to review your business plans and provide feedback. Disregard it if you want, but only if you have a very good reason for it. Otherwise, pivot. At the very least, your mom will thank you for it.